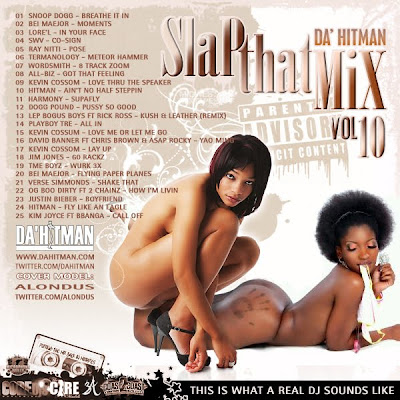 Dj Lazy K x Max B Present "Dead Solver (The Mixtape)" Them Gain Green Boys Is Back and Keepin The Wave Alive!!! After a Year Away From The Game But Stayin In The Studio Working On All New Music So Look Out For Another Mixtape From Mak Two Very Soon!!!!!…

Along with tweeting the special guest appearances on his upcoming project, Meek Mill hits us with an introductory webisode into the making of his upcoming mixtapeDreamchaers 2 out May 7.… 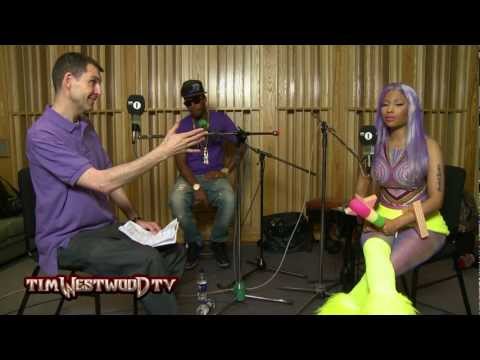 Check out the video for Nicki Minaj’s interview with Tim Westwood. She talks about her new album “Pink Friday: Roman Reloaded”, possibly leaving the game, being labeled a Pop artist and breaks down a few tracks from the album. FULL INTERVIEW…

George Zimmerman was released around midnight Sunday from a Florida county jail on $150,000 bail as he awaits his second-degree murder trial for fatally shooting Trayvon Martin.
The neighborhood watch volunteer was wearing a brown jacket and blue jeans and carrying a paper bag. He walked out following another man and didn't look over at photographers gathered outside. He then followed the man into a white BMW vehicle and drove away. It all started with this innocent pic of Kim K and Kanye west showing off their matching Jordan 3s. For Reasons unknown to us Killa Cam let shots fire in their direction In the form of a tweet and a photo... check it out lol… Check out Bermuda's own Mz.Malz Fresstyle over Mgk's Wildboy Instrumental & Let Us Know what you think you Feedback will be appreciated
LISTEN HERE Mz Malz - Wild Boy Remix (Call me Kat Stacks) by… Lil Wayne’s entourage spat in a photog’s face, pushed him to the ground in the rain, then beat the crap out of his bicycle — this according to a police report filed last week in Miami.

According to the report, obtained by TMZ, the photog spotted Wayne and his entourage skateboarding outside some church — right beside a “no skateboarding” sign — so he decided… Tashay D. Edwards, a 19-year-old Ohio native, was arrested Monday (April 16) after brutally assaulting another young girl over a Twitter beef. A video of the incident, filmed by Edwards’ friends, was posted to WorldStar Hip-Hop on Wednesday (April 18), and the girls received internet fame instantly. With over 2 million views by the afternoon, the entire ordeal has been… To Purchase this song or The Album Click The Link Below …

THISIS80's Very own Dj Stylez the 80 Min Assassin had the opportunity to team up with #CokeBoy Droop Pop and trust me this one was nothing short of MAGIC. Droop delivers his gritty yet comedic flow over some of the dopest beats I've heard in a while! DON't SLEEP ON THIS ONE!! … Popular radio personality Kristy Burgess, also known as Miss Thang is no longer on the airwaves at Hott 1075. Ms Burgess announced at the end of her shift on…

@MissTwanee wants to hear about all of your lessons learned!! Write to her about YOUR personal experience of a "Lesson Learned" on Twitter, Facebook, and YouTube with the hashtag #LessonLearned to… The 18-year-old won a medal despite spending much of the season on the sidelines through injury.

Mr Dill added the silver to the two previous CARIFTA silvers he won in 2010 and 2011.

He said after the race: "I was in training…

45 minute interview but trust its a good one. She talks about everything from the criticism of people saying she’s pop, how video directors tell her she should take it back to the essence, how she feels about New York not fully embracing her as one of their own, how she deals with criticism from other female rappers and bloggers, her weird relationship with Drake and Lil Wayne, talks about the ring she’s wearing on her ring finger and what is her relationship with Scaff…

Last set of visuals we will be reciving from the Late Slim Dunkin...The “Lightz On” remix features Fozzie, Jada, and Styles P.