This very odd "Crazies/zombie-like" behavior seems to be spreading. The most recent incident happened in Hackensack, NJ, where 43-year-old Wayne Carter ended up stabbing himself all over his body and threw his own intestines at the police officers trying to subdue him. Here's how it all went down:

A call was made to local police officers around 10 p.m. this past…

More new visuals from ma nigga breezy!! I love this track... I think its gon be a good summer song. Looks like Kendrick’s single is finally getting some visuals. Check some shots courtesy of Schoolboy Q down below.… Rihanna ended out 2011 by being donned Esquire’s Sexiest woman alive. A couple months later, she strips down once again for the UK outing of the mag. Few more shots (and behind-the-scenes footage) down bottom.… MONDAY, MAY 28, 3.30PM UPDATE: A Latvian sailor brought $48 million worth of cocaine into Bermuda while on a journey from the Caribbean to the Baltic Sea, a court heard.

The charges relate to the period July 21 to August 1. Current Miss Bermuda Jana Outerbridge
THURSDAY, MAY 24: Thousands of Bermudians and visitors took to the streets of Hamilton today for the May 24 celebrations — widely acknowledged here as the start of summer.

Bermuda Day crowds thronged the city streets for the traditional parade, led by the band of the Bermuda…

THISIS80 is starting a new feature called "Who's Is" where we will be giving to a brief insight into artist and people on the come up in the hip hop game... First up is Chicago native Chief Keef. Over the past few weeks there has been a plethora of music hitting the internet with his name on it. However these aren't normal, the feature some of the biggest names… With today being the b-day of one of hip hop greatest legends thisis80 has taken the time time out to reflect on the life and music of The Notorious B.I.G. I've lined up some of my favorite video, Interviews and pics of one of the GREATEST rappers of all time!!!… 50 Cent is currently in the hospital and is extremely sick. His good friend Floyd Mayweather Jr. is asking fans to keep him in their prayers. 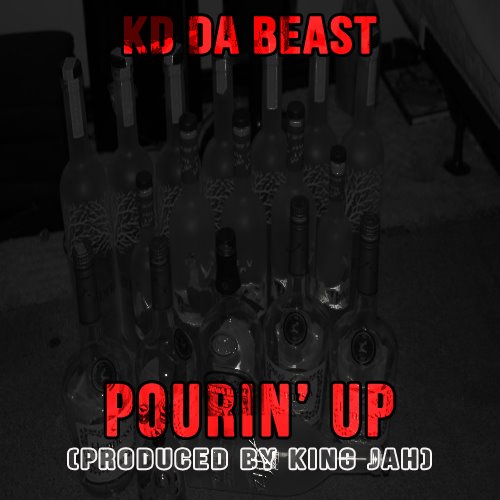 Pourin' Up (Produced By King Jah) by
kddabeast\ #CELEBNEWS : Jay-Z to Make "Major Announcement" on May 14th It was reported last week that Jay-Z may have possibly announced a new album title, though nothing to that extent has been confirmed.

But what has been set in stone is that Hov will be making a "major announcement" on Monday, May 14th in Philadelphia.

Baton Rouge rapper Lil Boosie, whose real name is Torence Hatch, has been found not guilty of murder. The jury deliberated for about an hour.

"All I can do is give the glory to God because I knew he was never guilty," said Connie Hatch, the rapper's mother.… South Korea is saying this morning that its customs officials are stepping up their inspections targeting smuggled capsules that contain the powdered flesh of dead human babies. How’s that for something to wash down with your third cup of coffee this morning?

The capsules originate in northeastern China, probably in Jilin province, which shares a border with… A Bermuda DJ and a longtime hospitality worker have joined forces to open a new nightclub in St George’s.

The two businessmen hope the club will play a role in revitalising St. George’s and tourism in general.

They hope to attract a diverse…


Bermuda’s Reggie Lambe registered his third goal as a professional yesterday [May 9], scoring in the first half against the Montreal Impact.

The team’s website said: “After another week of turmoil, 10-man TFC pulled out a 2-0 win over the Montreal Impact on Wednesday at BMO Field for their first win in any competition in nearly two months.

“And this one gets them back in the finals of the Amway Canadian Championship for the fifth year in a row. Playing down a…