Its been nearly a year since Meek and Drama released 'Dreamchasers 2' here on DatPiff. The record setting mixtape catapulted Meek Mill to a whole new level of stardom, and into a new tax bracket. Meek looks to follow up the classic mixtape with the third installment of the 'Dremchasers'series on this Sunday afternoon of September 29th. DC3 boasts features from French Montana, Future, Nicki Minaj, Jadakiss, Fabolous, Rick Ross and production from…
Continue A 44-year-old man who raped a woman 20 years his senior while threatening her with a knife has been jailed for 15 years.

Neville Craig Richardson, a mason and labourer of no fixed abode, pretended he needed help with an emergency to gain access to his victim’s home — then attacked and robbed her.

Rihanna's Instagram photo, depicting her posing with an animal categorized as a protected species has lead to the arrest of two young men.

If you follow Rihanna on Instagram, you're probably aware of her recent trip to Thailand. The last few days have seen the singer posting dozens of photos of her voyage, mainly consisting of beach poses. It's one seemingly unassuming selfie that has garnered some controversy however, leading to the arrest of two men.

Gucci Mane Returns To Apologize Says He Was High (Do u Accept?)

Twitter wasn't the same without Gucci Mane, but the Atlanta rapper has returned to social media, this time to a different tune.

Earlier this month, Guwop went off on a name-calling, partly indecipherable Twitter rant. It was the beginning of a downward spiral for the rapper that ended with his arrest last weekend. Fans had seen it all before, but oddly no news from Mane had surfaced since.

On Sunday (Sept. 22), Gucci Mane got back on Twitter to apologize…

Rule Is Back With His 1st Recording.Single Since His Release From Prison.No Word Of Lie Rule Is Still Capable Of Making Hits/Bangers Watch Him Work His Way Back To The Top !! #FRESHOUTTHEPEN
YOU CAN FIND THIS TRACK AVAILABLE ON HIPHOP & RNB STYLEZ VOL 78 DROPPING SEPT 20TH 2013 ..IT GONNA BE A COLD WINTER !… Game was on the phone with Drake when he heard about the tragedy, and got the "Nothing Was the Same" rapper to donate $10,000 as well.

"Myself and @thedocumentary are donating a total of $22,000 to Ana Angel..who lost her boyfriend & their 5 children in a house fire on… 4 People Shot At Fat Trel Concert At S.O.B's (Video Inside) The violence broke out right before he was slated to go onstage to perform tracks from his “SDMG” (Sex, Drugs, Money, Guns) tape. Fire Department officials said they received a call for a shooting about 12:15 a.m. Police sources said… Mister Cee has just resigned from his position at Hot 97 just now. Over Notorious B.I.G.'s "Hypnotize" beat, he made a quick speech about why he will be resigning after today. Here's what he had to say on air:

SHOUTS TO PAP AND SHOUT TO…

A businessman in Nigeria died after being raped by five of six wives. According to the Daily Mail, Uroko Onoja partied at a bar in Ugbugbu, Nigeria until the wee hours of the morning in July.

When he returned home, he decided to have sex with his youngest wife. However, his five other wives became jealous and barged into his master bedroom. The women were armed with knives and sticks and began attacking Onoja. They eventually forced Onoja to have sex with them as…

@NickiMinaj And @Tyga Fire Back At Gucci Mane !

Atlanta rapper Gucci Mane launched an all out Twitter attack on Monday afternoon, calling out Nicki Minaj, Tyga, Tyga's girlfriend Blac Chyna, Rocko, Fantasia, Drake, T.I., Yo Gotti, 2 Chainz, Eminem, and more. He seemingly felt like letting it all loose, and its been a Twitter war ever since.

Gucci referred to a slew of people in the first wave of tweets, but the most notable were Nicki Minaj and Tyga. @FrenchMontana - If I Die (Official Video) 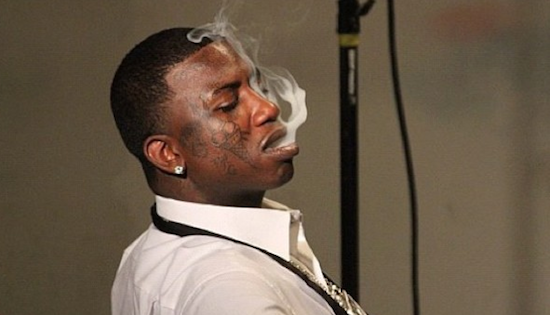 The beef between Gucci Mane and Waka continued to heat up this weekend on Twitter. After initially offering to sell Waka's contract on Twitter earlier this year, Gucci gave fans an update on the situation, claiming Atlantic Records tried to buy out the "No Hands" rapper." "Atlantic offered 250 to me 4 waka. I fired my lawyer for passing me dat dumb ass message. Honest" said Gucci. Gucci then continued with a string of tweets dissing Waka, Waka's mother, manager Deb…
Continue

Man Pulls A Hussein Bolt Out Of Courtroom After Getting Sentenced To Jail !

Seconds after Senior Magistrate Archie Warner handed him a ten day prison sentence for riding whilst disqualified, Howard Ascento, 25, turned, walked towards the public gallery while indicating that he was going to collect something from the bench where he had been sitting; and then pushed through the doors and dashed from the Courtroom, evaded the Security personnel, and escaped from the Court building.

He was pursued from the Courtroom by one of the Police…

A backwards year on Bermudian employment

PLP MP Derrick Burgess, former president of the BIU, said Bermudians need to be put first in employment opportunities. He listed a string of initiatives since the OBA came to power that has not done that.

Mr Burgess gave his speech this morning in front of the BIU headquarters as part of the Labour Day festivities, He also called upon today's workers not to forget the 'blood sweat and tears" of those who had gone before them and made huge sacrifices to help make the labour…