Katt Williams Gets Kicked Out Of Comedy Show Katt Williams has not been having a good summer.Katt Williams got so belligerent toward the crowd at his own comedy show last night, the club had to kick him out -- and then called the cops on him when he tried to get back in!

In June, he called 911 and says he’s famous. Well, he actually said, he’s “the second most important black guy on the face of… Continue More legal trouble for Waka Flocka Flame -- TMZ has learned the rapper was detained by police in Georgia today after cops say they found marijuana in his car.

Law enforcement sources tell us ... Waka was pulled over for a routine traffic violation a few hours ago ... but when cops approached the rapper's White Chevy Tahoe, they could smell the odor of… Continue WEDNESDAY, AUGUST 3: While the sixth annual BeachFest at Horseshoe Bay was marred by a small pocket of violence, the event receieved rave reviews on leading Caribbean festival review and awareness website www.trinijunglejuice.com.

The reviewer wrote: “There were over 10,000 beautiful people from all walks of the… Continue #ENTERTAINMENTNEWS : Nicki Minaj joins cast of Ice Age 4 ( Would you watch it now ? ) Nicki Minaj is known for her various alter-egos, and now she’s about to take one of her many personalities to the big screen. The Pink Friday rapper will lend her voice to the animated 3D flick Ice Age: Continental Drift.

According to Variety, Minaj has been added to an all-star cast that includes her fellow Young Money rapper Drake, Jennifer Lopez, Queen… Continue 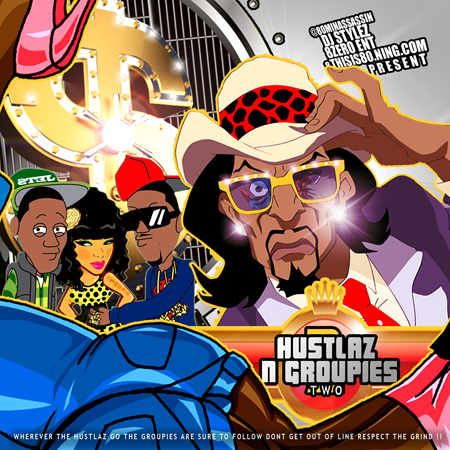 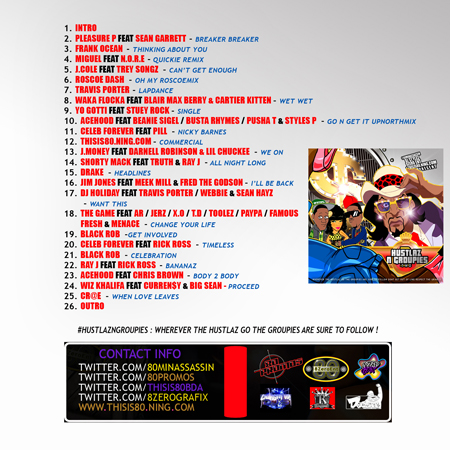 One of our favorite R&B singers Chris Brown dropped his hip-hop mixtape Boy In Detention. Maybach Music Group leader Rick Ross is taking his talent outside of South Beach by partnering up with
national chicken restaurant chaing, Wingstop.

Rick Ross will open the first of several Wingstop restaurants in Memphis, this Fall. Ross, who name checked Wingstop brand on the song "MC Hammer" from his album Teflon Don, felt an affinity with the… Continue Say it aint so Busta Rhymes and Dmx ?!!!  Legends on a legendary beat does this get any better ? We've heard most of the greats in Hiphop hit the OTIS Beat from Jay-z to a whole slew of other artists  I can make a 80 Min Mixtape of just OTIS freestyles.  After this no more artists plz  #COSIGNEDOTISREDDING The U.S. Coast Guard unloaded almost 15,000 pounds of cocaine worth more than $180 million at the Coast Guard base in Miami on Tuesday [Aug.2].

Earlier this week the U.S. Coast Guard confirmed they intercepted the first drug smuggling submarine in Caribbean waters. The submarine had was seized well away from Bermuda – off the Honduran coast – however it… Continue Trey Songz wastes no time recording a remix to his friend Drake’s new single “Headlines.” A rapping Trigga slick talks his way through the explicit track, shooting down engagement and gay rumors, firing back at his haters, and boasting about his new role in The Texas Chainsaw Massacre 3D. For rap blog followers, there's been a huge drama filled situation that followed the New York listening session of Jay and Kanye's Watch The Throne. To catch you guys up, a questionable rap blogger by the name of DDotOmen secretly recorded parts of the album during the private listening and released them on the Internet the following day.

While it's not clear… Continue