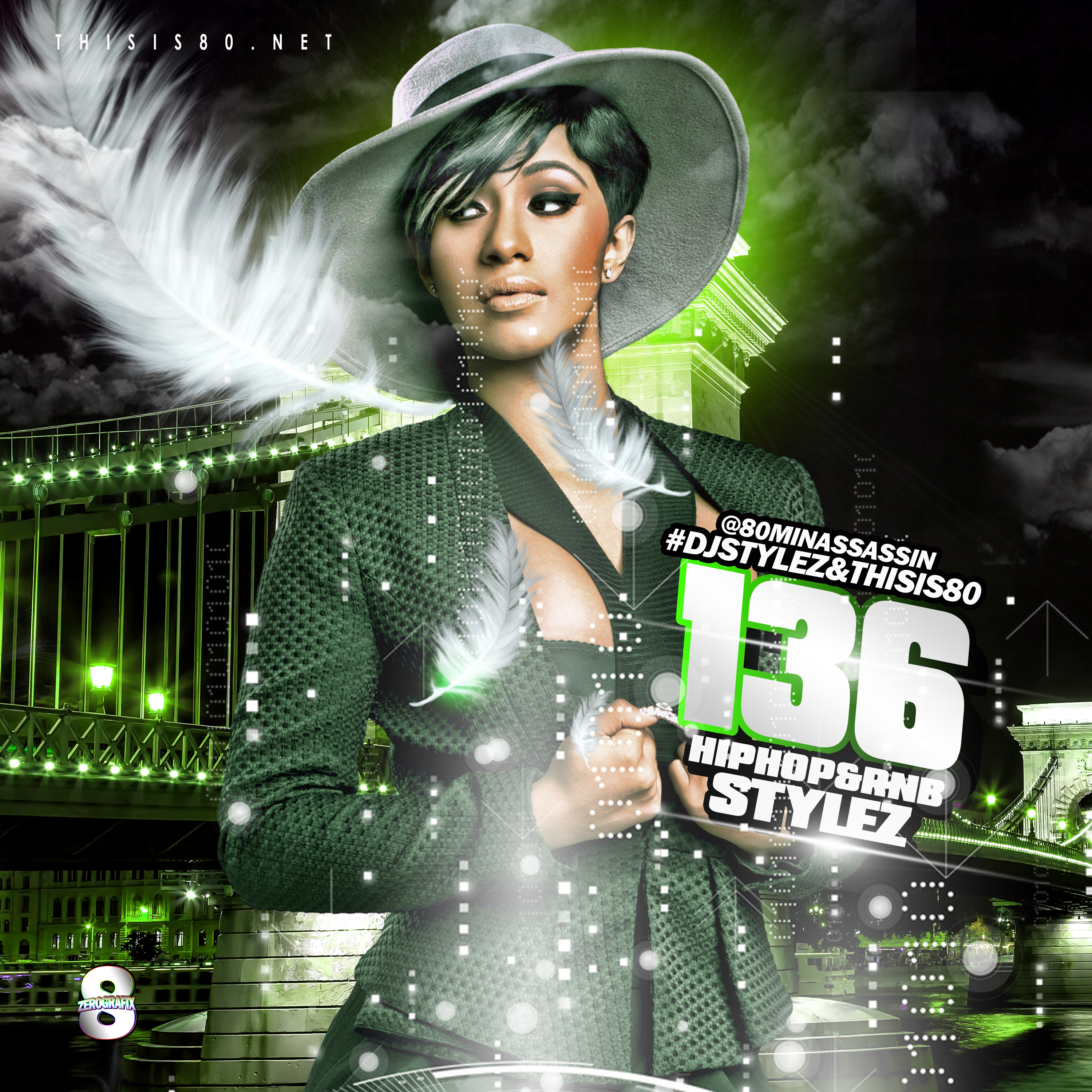 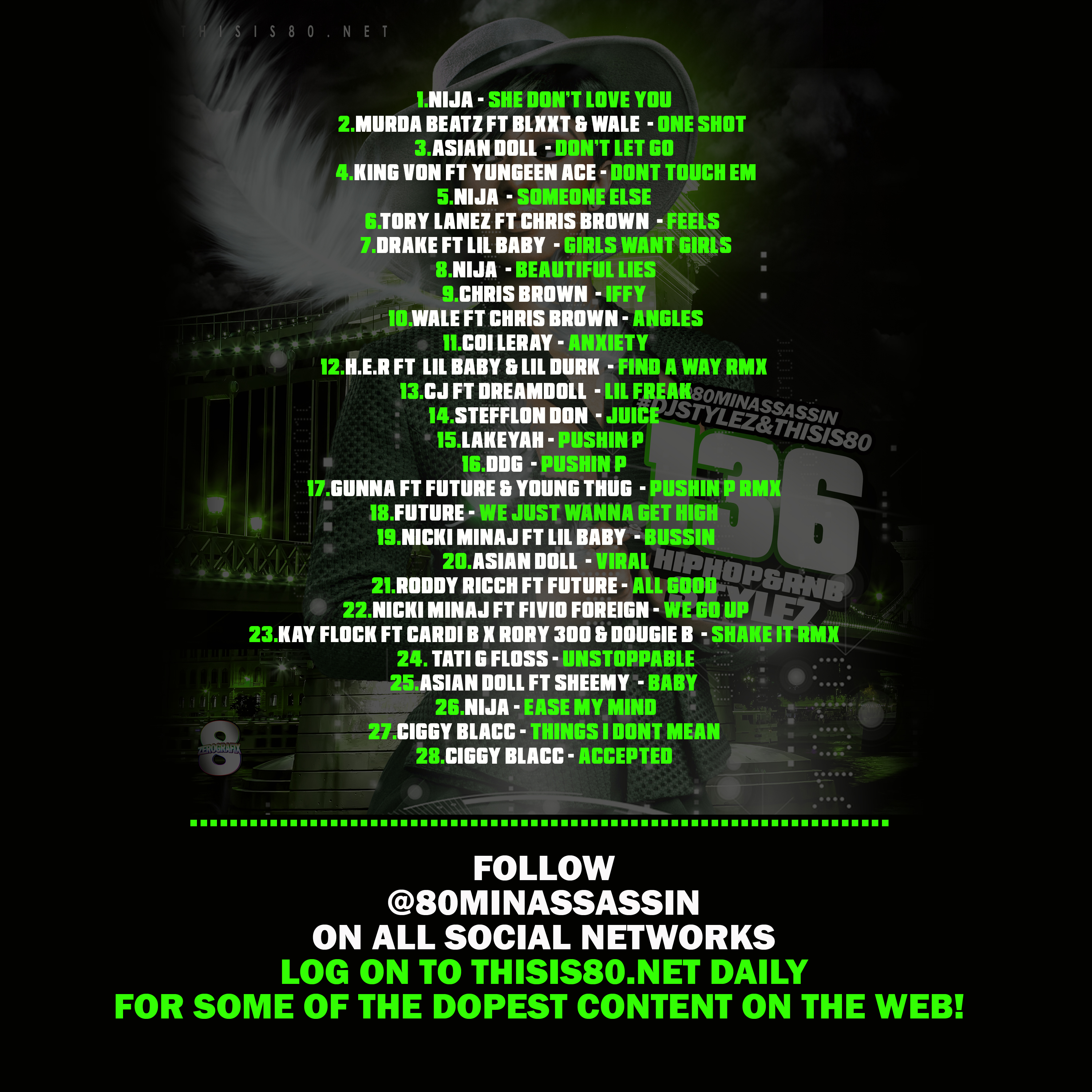 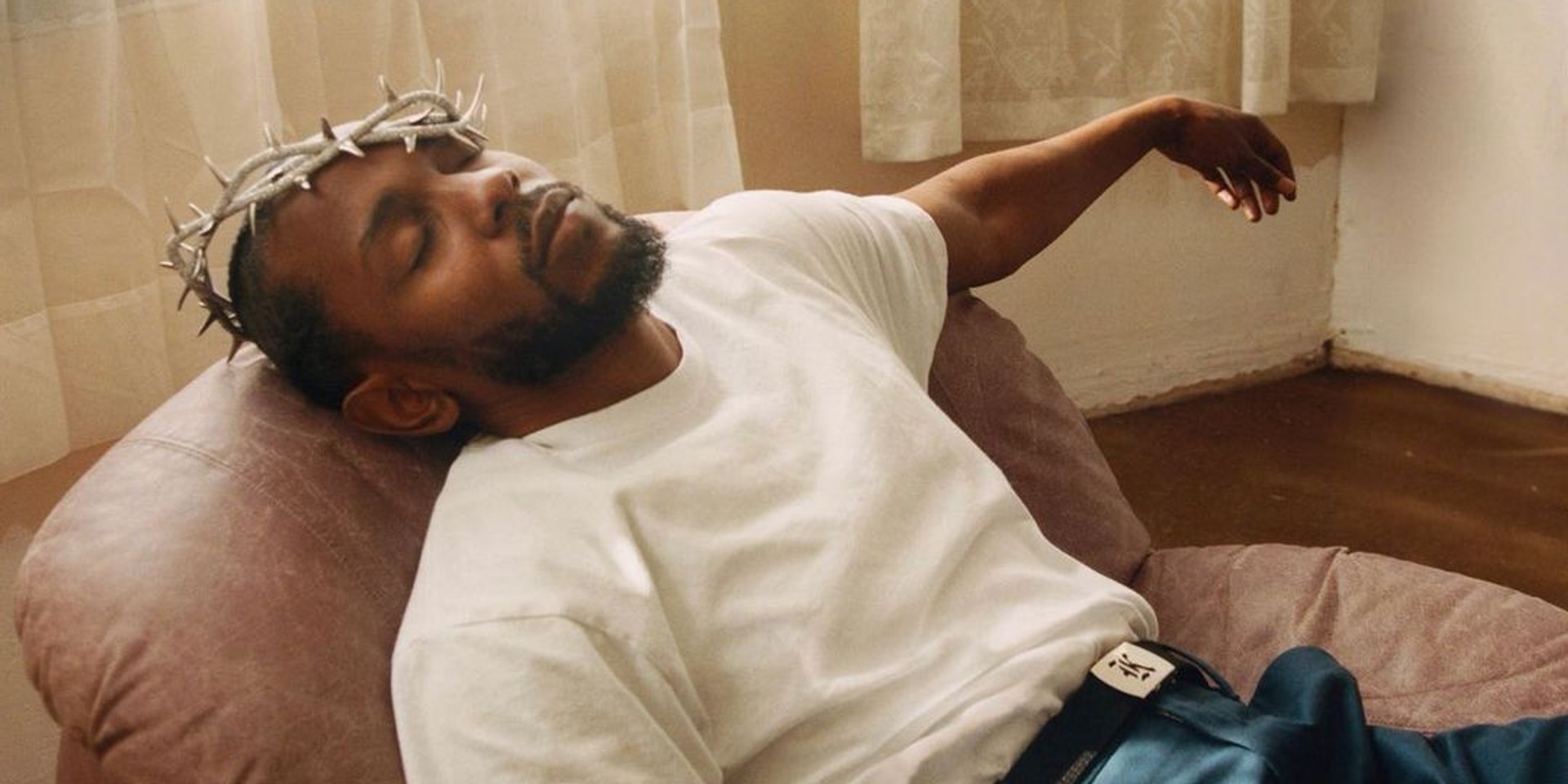 The five-year wait for a new album by Kendrick Lamar — the Pulitzer-anointed, voice-of-a-generation rapper — is finally over.

“Mr. Morale & the Big Steppers,” Lamar’s fifth studio LP and one of the most ardently anticipated new albums in years, was released overnight on digital services, with big hopes from fans and big questions looming about his next career steps.

Typically dense, introspective, confessional and self-lacerating, “Mr. Morale & the Big Steppers” includes recurring mentions of therapy (“United in Grief,” “Father Time”), “cancel culture” (“N95”), “daddy issues” (“Father Time”) and tumultuous romance. “We Cry Together,” which incorporates a Florence + the Machine sample, takes the form of an argument between Lamar and a woman, voiced by the actress Taylour Paige, about their relationship. Throughout the album, Lamar’s longtime partner Whitney Alford and the German self-help guru Eckhart Tolle are credited as narrators.

“Writer’s block for two years, nothing moved me,” Lamar raps on the third track, “Worldwide Steppers.”

Lamar, 34, is one of the few major figures in the contemporary music scene — where a regular flow of new content is seen as a necessity — who can keep fans waiting for such a long stretch without sacrificing fan loyalty or critical prestige. Even after Lamar’s extended absence, “Mr. Morale & the Big Steppers” is expected to make a sizable opening-week splash on the Billboard albums chart. On Friday, Lamar also announced a world tour that will begin July 19 in Oklahoma City and then head in the fall to Europe, Britain, Australia and New Zealand.

Lamar cemented himself as one of the most ambitious rappers of the millennial generation with his major-label debut, “good kid, m.A.A.d. city” (2012). For his follow-up effort, “To Pimp a Butterfly” (2015), he brought in a host of players from Los Angeles’s fertile jazz scene, including Kamasi Washington and Thundercat. That album, “a work about living under constant racialized surveillance and how that can lead to many types of internal monologues, some empowered, some self-loathing,” as the Times pop music critic Jon Caramanica wrote, includes “Alright,” which became an unofficial Black Lives Matter protest anthem.
Editors’ Picks
Michael Che Is Still Trying to Crack the Code
An Outsider Takes an Inside Look at the Oxford ‘Chums’ Who Run the U.K.
The World’s a Mess. So They’ve Stopped Saving for Tomorrow.
Continue reading the main story
Kendrick Lamar on His New Album and the Weight of Clarity

His 2017 album, “DAMN.,” won five Grammy Awards, though it lost album of the year to Bruno Mars’s “24K Magic.” (The rapper has 14 total Grammy wins.) Lamar, who grew up in Compton, Calif., and has made that area’s culture and struggles a central part of his music, also became the first rapper to receive the Pulitzer Prize for music. “DAMN.” was cited in 2018 as “a virtuosic song collection unified by its vernacular authenticity and rhythmic dynamism that offers affecting vignettes capturing the complexity of modern African-American life.” Lamar embraced the accolade, appearing in concert with a “Pulitzer Kenny” banner behind him.
Also in 2018, Lamar and the head of his record company, Anthony Tiffith (known as Top Dawg), were the executive producers of a companion album to the film “Black Panther.” A track from the LP, “All the Stars,” by Lamar and SZA, was nominated for an Academy Award for best original song. The visual artist Lina Iris Viktor sued, saying her work was used without permission in the track’s video; the lawsuit was settled in late 2018.

Since that eventful year, Lamar has kept a low public profile, making a handful of guest appearances on other artists’ songs and, last year, joining the Las Vegas rapper (and his cousin) Baby Keem for two songs on Keem’s album “The Melodic Blue,” including the Grammy-winning “Family Ties.” In February, Lamar took the stage at the Super Bowl LVI halftime show alongside Dr. Dre, Snoop Dogg, 50 Cent, Eminem and Mary J. Blige, which put him in the odd position of being either the only relative youngster in a hip-hop oldies show or — performing songs up to a decade old — perhaps already being a bit of a throwback himself.
Last Sunday, Lamar released a new music video, “The Heart Part 5,” as a teaser for “Mr. Morale.” It has a spoken prologue stating “life is perspective” and then shows Lamar’s face melding with those of a series of Black men of varying levels of cultural heroism or controversy: O.J. Simpson, Kanye West, Jussie Smollett, Will Smith, Kobe Bryant, Nipsey Hussle. The deepfake effects were created by Deep Voodoo, a studio from the “South Park” creators Trey Parker and Matt Stone, which is planning further projects with pgLang, a new company founded by Lamar and Dave Free, a longtime collaborator.

The lyrics in “The Heart Part 5” have already been scoured for meaning, as has the image that Lamar shared on Wednesday of the album’s cover, photographed by Renell Medrano. It shows Lamar, in a crown of thorns and with a gun tucked into his waistband, holding a child while a woman on a bed nurses a baby, like an allegorical religious painting.

To some extent, those may also serve as clues for the next stage of Lamar’s career. “Mr. Morale” will be his last album for Top Dawg Entertainment, or TDE, Lamar’s home since the beginning of his career, which has released his music in partnership with Interscope. He has not announced a new label deal, but has instead begun new projects with pgLang, which was announced two years ago as a “multilingual, at service company” that will work on a range of creative and commercial projects, from the video for “The Heart Part 5” to a series of new Converse sneakers. 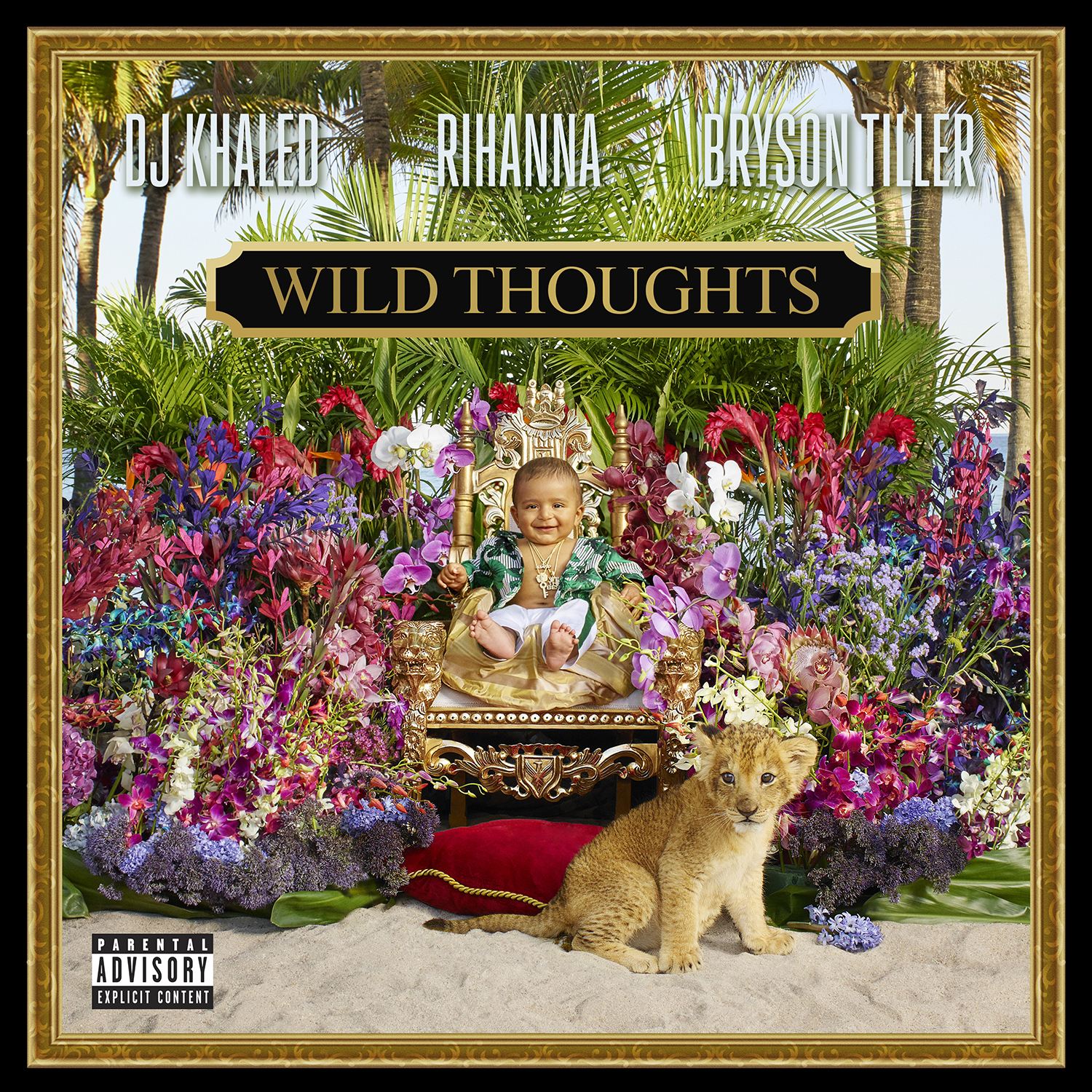 @80MinAssassin DJ Stylez delivers his second mixtape drop of the year 2017 peep all new and exclusive heat from some of your fav artists and some you may not have heard of yet , this is a certified banger!
Peep it below 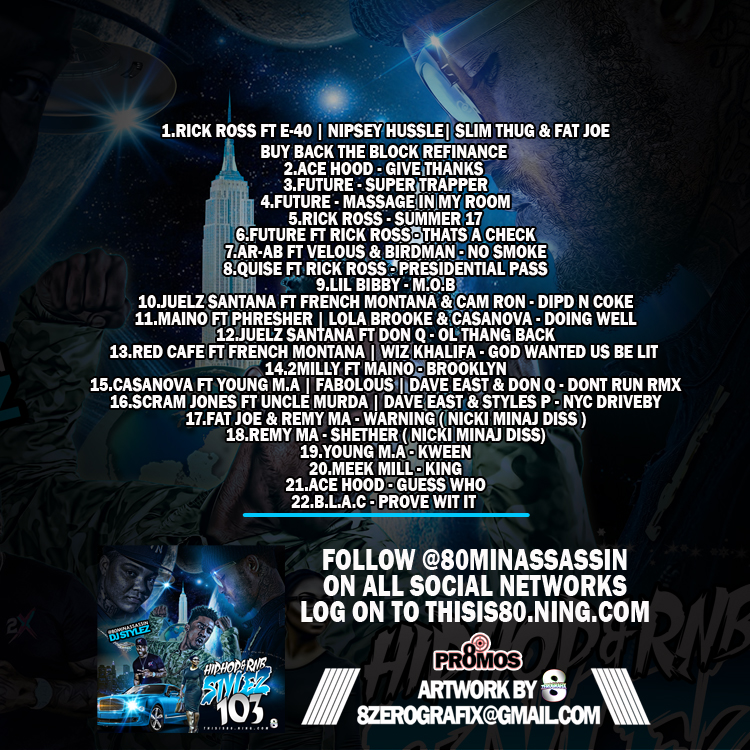 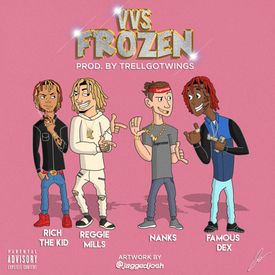 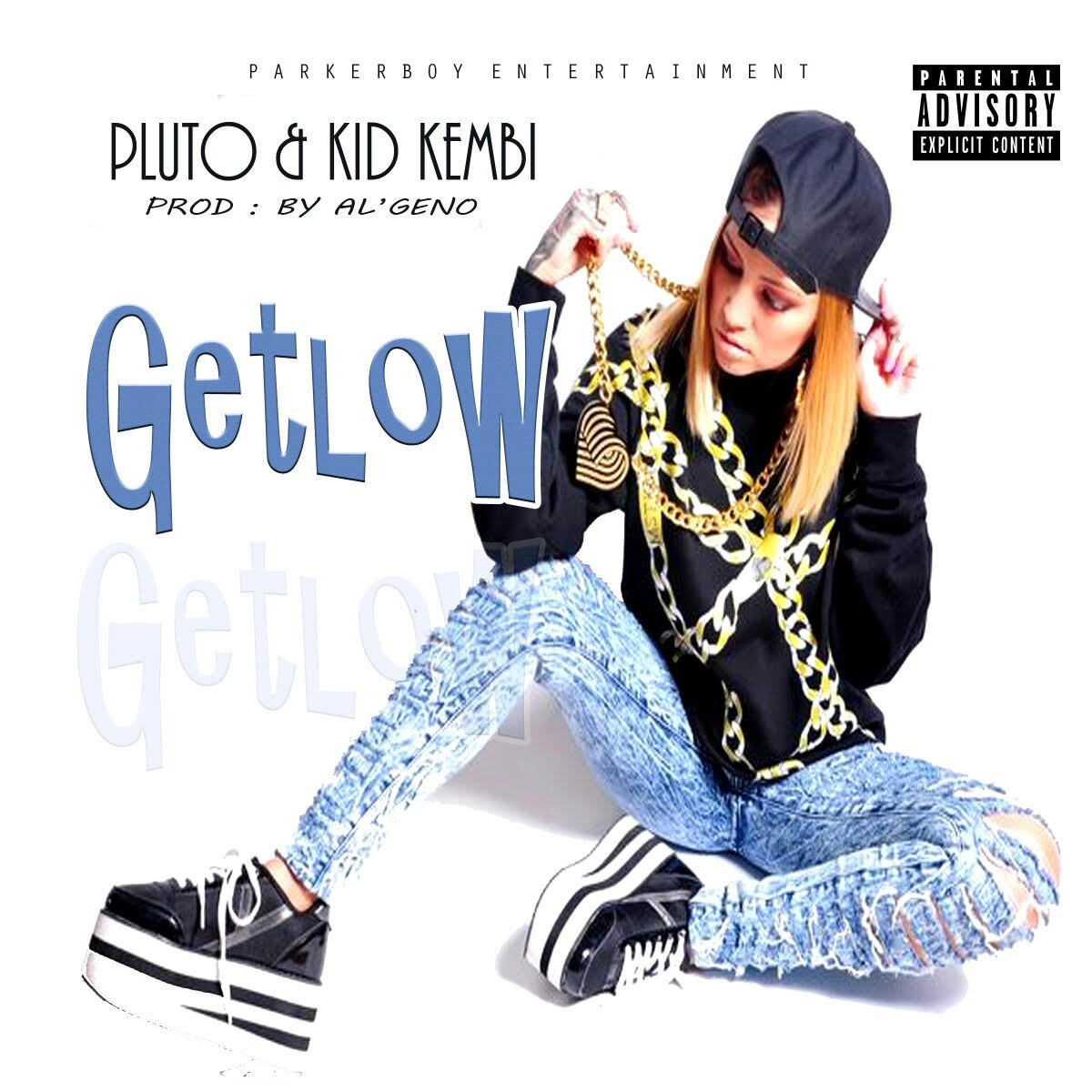 Get Low is an up tempo party track that has popular melodic tones that makes you feel like you know the song when you first hear it. The production is a mixture of cali style melodies over New Orleans style accents in the background, blended with 8.o.8 ' s and southern slang. The lyrics are very diverse but simple and catchy.This is the type of track that can be blended in with nearly any style function.www.parkerboyentertainment.comwww.twitter.com/plutomobilealwww.twitter.com/kid_kembiwww.facebook.com/plutomobilealwww.facebook.com/PLUTO-and-KIDKEMBIwww.facebook.com/pluto05www.reverbnation.com/plutomobileal
Read more…
we really got betrayed and backstabbed by people we showed nothing but genuine love to. I need all y'all to pay close attention to ya circle cause I don't want this to happen to y'all on No Level! this $hit is shameful! Fake friends was jus pretend! same ones who post #RipBanga wouldn't even help him when he needed them most #hovain aka #HovRan & #YoungLeaveTheBro are conniving, Liars, Cowards, Snakes & Fruads but they hid it well, I saw glimpses of who they really were but chose to ignore it cause my loyalty was limitless! They want some people to believe that I switched up and started acting funny style with them, they want others to believe that we all good and it's okay to do business with them in my name, but neither one is the case. Jus imagine I was dead?! Nobody would ever know the truth and they would go thru life with fake RIP's and using my name for sympathy & financial gain ... nah that ain't GODS plan! I'm moving righteous and my heart pure so anybody who go against me will never prosper, cause who GOD bless no man can curse! #RealEyesRealizeRealLies #TheyLoyaltyHadLegsImLikeDamnWhereItWent song: #NeverSwitch (cause it's so fitting) this might be the last time I speak bout this shit, back to this real music
Read more… 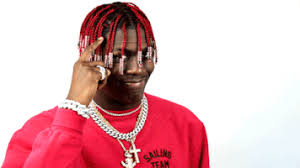 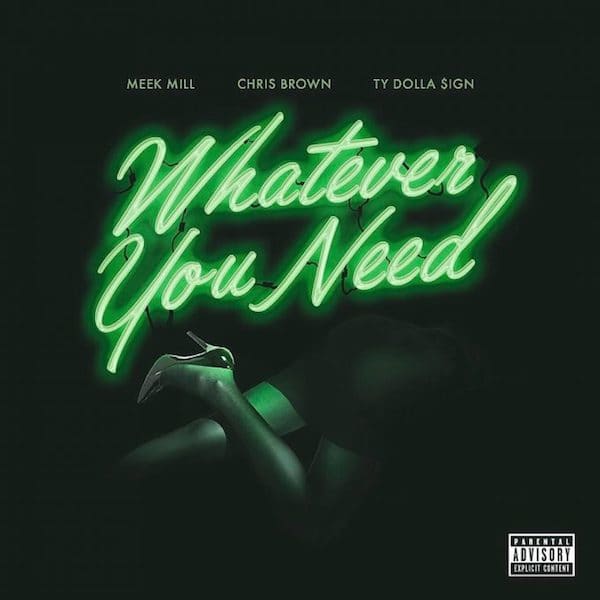 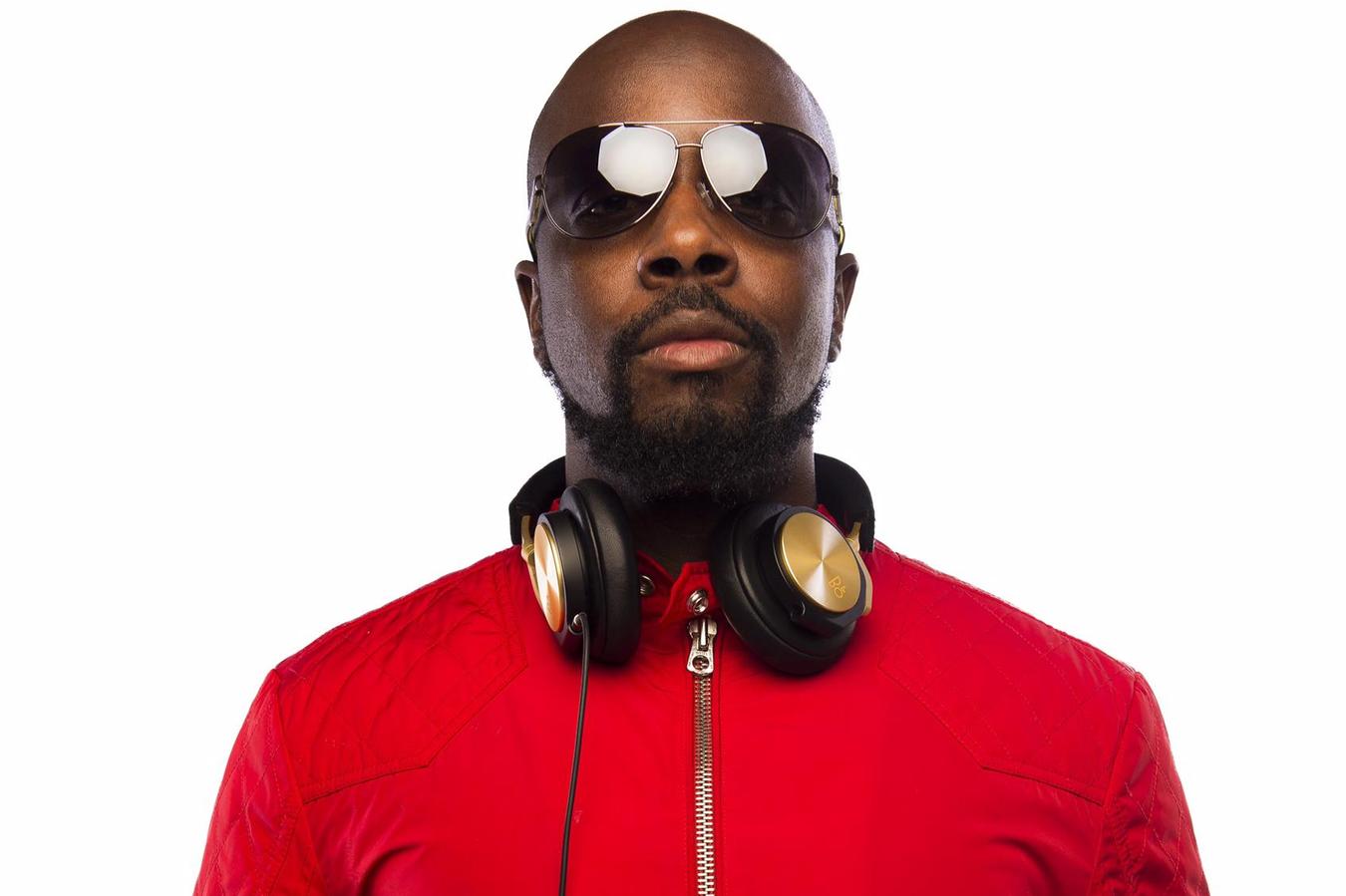 Super star Wyclef Jean turned up the crowd while performing at the 35th America's Cup opening ceremonies here in Bermuda,not to long after his performance he was struck in awe when he got to see one of Bermuda's most cultural staples "The Bermuda Gombeys" two gombey groups "HNH Gombeys and Gombey Evolution Troupe" give a stellar performance in person , Clef instantly took to instagram live to show his followers around the world this dynamic performance he also captioned " Warriors you know I always show a piece of the real culture everywhere I go. This was beautiful! #Bermuda #AmericasCup #americascup2017 #carnival3 " WATCH THE VIDEO BELOW

Warriors you know I always show a piece of the real culture everywhere I go. This was beautiful! #Bermuda #AmericasCup #americascup2017 #carnival3

Born in Haiti, Wyclef achieved international fame performing with the Fugees before embarking on a solo career. He has also made a name for himself as a producer, working with Destiny’s Child, Shakira and Lionel Richie among others. Wyclef is also no stranger to Bermuda, having performed here previously as part of the 2009 Bermuda Music Festival.
Read more…
Read more… 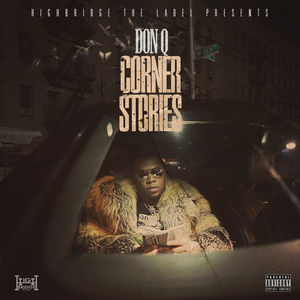